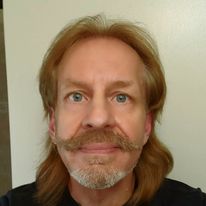 Then there are certain words that the Church has ceded to the broader culture. Evangelical, as a term, springs to mind. Once upon a time, the Evangelicals were those who followed Luther, while the Reformed followed Calvin..1  Today, there is a new definition according to the National Association of Evangelicals, that is far removed from the “Good News” reclaimed in the Reformation. It is well beyond the scope of this article to parse the NAE’s definition, it would make an interesting group study. Those are the words we use to teach!

Isaiah says of the Messiah, “This is what will take place on that day. The peoples will seek the Root of Jesse, who will be standing like a banner for the peoples, and his resting place will be glorious. On that day the Lord will reach out his hand for the second time to reclaim the remnant of this people.”  From <https://www.biblegateway.com/passage/?search=Isaiah%2011&version=EHV>

While Joshua was fighting against the Amalekites, Moses, Aaron, and Hur went up to the hilltop. Whenever Moses held up his hand, the Israelites would start winning, but whenever he lowered his hand, the Amalekites would start winning. When Moses’ arms became tired, they took a stone and placed it under him, and he sat on it. Aaron and Hur held up his hands—one on one side, and one on the other side. In this way his hands were steady until sunset. So Joshua defeated the Amalekite army with the sword.

The Lord then said to Moses, “Write this on a scroll as a memorial, and make sure that Joshua hears it, because I will completely erase the memory of the Amalekites from under heaven.” Moses built an altar and named it “The Lord Is My Banner.” From <https://www.biblegateway.com/passage/?search=Exodus+17&version=EHV>

The Lord asked Moses to record and retell, to make a memorial and share. The Lord asked Isaiah to record and speak. The Lord asks the same of us: gather, baptize, teach. What are the words that give forgiveness, life, and salvation? Is Evangelical one of those words?  Jesus is the fulfilment of the Law and the Prophets! We gather at the banner of the Cross, reclaimed in our baptism, to teach to others that which was passed on to us, by the steady hand of the Lord.

1Veith, Gene: The Spirituality of the Cross p 18