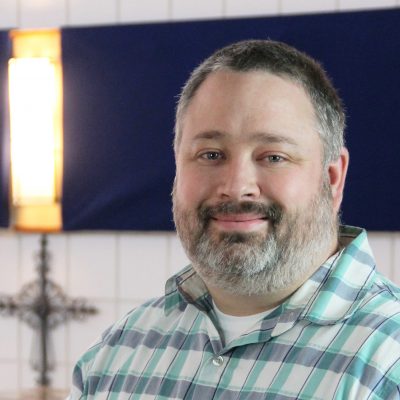 I have been spending a lot of my devotional time in the book of Judges lately. Some of that is because it is where we are at in the Wednesday Study service, but also because it is a fascinating book.

Yeah, you got me, that’s a Princess Bride quote, still the book of Judges is a fascinating and yet brutal book.

No question if it was given a movie rating it would be rated R! Not just for maturity level but also because it’s filled with a powerful thematic cycle. In it you will find Rebellion, Retribution, Repentance, Restoration, and Reversion.

Simply put, it is filled with terrible people, doing terrible things to each other.
This happens until then they realize how bad it gets and they cry out to God, and what does He do? He chastises them….but then also helps them. Unfortunately, they are quick to forget Him soon after things get better and they repeat it all again.

How bad is it?
Broken vows
A brother sacrifices his 70 step brothers on a stone
A morbidly obese king is stabbed with a dagger and his body engulfs the blade.
Child Sacrifice
Adultery and Fornication and Prostitution
A head crushed by a millstone
Civil War
Dismemberment

I warned you it was R rated

So, why is it in the Bible? Isn’t the Bible supposed to be full of examples of good people. Shouldn’t you find morality tales here ? The point of the Bible is love isn’t it?

Yet it is full of disappointment and bad decisions.
The second generation introduces murder…
The third generation is introducing polygamy and mass murder…
Account after account you will find…humanity.

By the end of Book of Judges you will find Israel needs saving from itself.

And that is why it is in the Bible. It is a blunt, in your face, honest, exposure of what humanity is and what it will choose every time if left to its own devices every time.  This is a reminder that if God can save these people. He can save me. If he can be faithful to His promise to them, I stand a chance. It makes me acknowledge that when I turn my back on God, he remains the faithful searching father of the prodigal.

And that is why Paul tells Timothy:

My greatest blessing is that Christianity is not about what I have done to earn God’s love, but that God so loved the world….